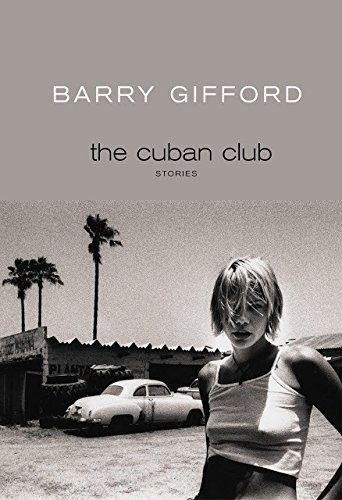 A masterpiece of mood and setting, character and remembrance, The Cuban Club is Barry Gifford’s ultimate coming-of-age story told as sixty-seven linked tales, a creation myth of the Fall as seen through the eyes of an innocent child on the cusp of becoming an innocent man.

Set in Chicago in the 1950s and early 1960s against the backdrop of small-time hoodlums in the Chicago mob and the girls and women attached to them, there is the nearness of heinous crimes, and the price to be paid for them. To Roy and his friends, these twists and tragedies drift by like curious flotsam. The tales themselves are koan-like, often ending in questions, with rarely a conclusion. The story that closes the book is in the form of a letter from Roy to his father four years after his father’s death, but written as if he were still alive. Indeed, throughout The Cuban Club Roy is still in some doubt whether divorce or even death really exists in a world where everything seems so alive and connected.

“What Gifford does with just a few pages is nothing short of magical. These very short stories straddle innocence and experience, good and evil. His tales are always dense with information, yet register with dreamlike intensity and have the resonance of an epiphany.” Jim Ruland, author of Forest of Fortune

THE CUBAN CLUB on Amazon.com